SFC RANKED NO. 3 ON FW INC. BEST COMPANIES TO WORK FOR IN FORT WORTH LIST

November 15, 2018 Fort Worth, Texas - Sutton Frost Cary LLP (SFC) is proud to announce that SFC has earned the distinct honor of placing third out of nineteen other companies in the small – medium category for FW Inc. Magazine Best Companies to Work For in Fort Worth for 2018. The winners were announced at the award ceremony that was held this past Thursday at The 4 Eleven event center in downtown Fort Worth. The award was accepted by Kim Crawford on behalf of the firm. SFC is honored to have been considered for the list. SFC prides itself on creating a work environment that has an amazing culture and work/life balance. The list is published in the November/December 2018 issue of Fort Worth Inc. Magazine. 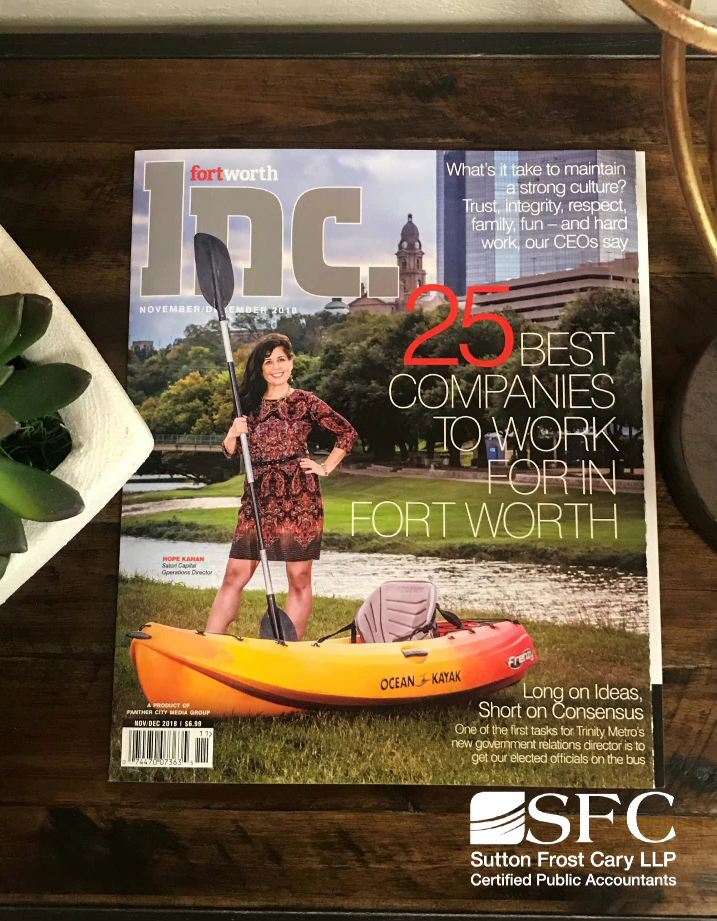 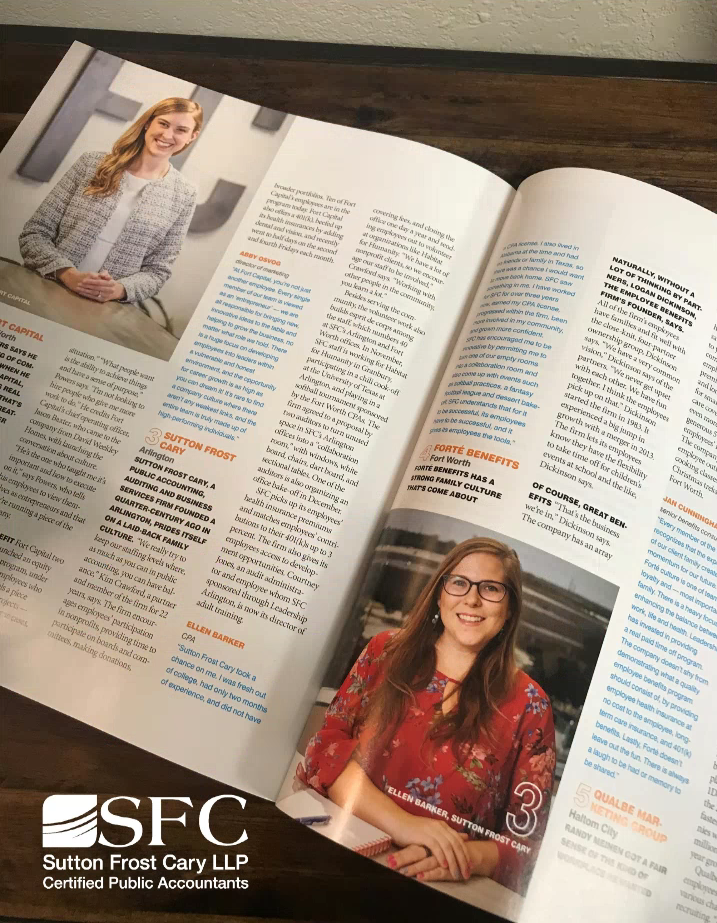 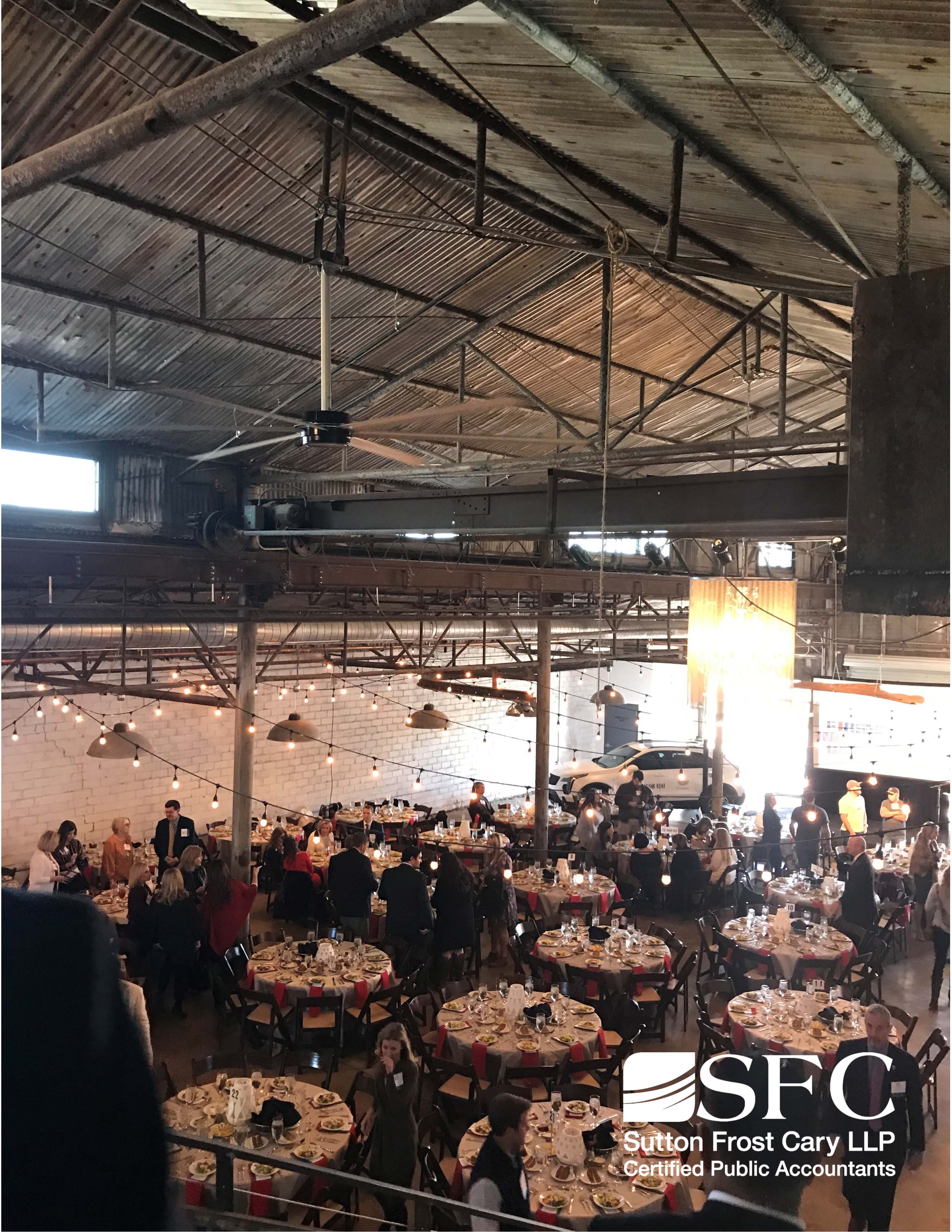 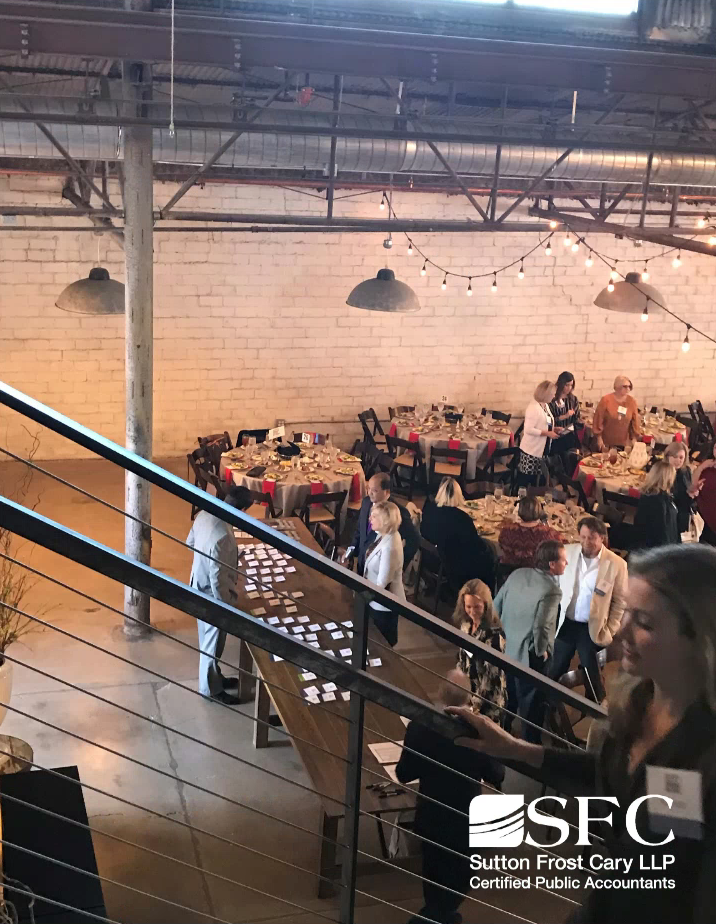 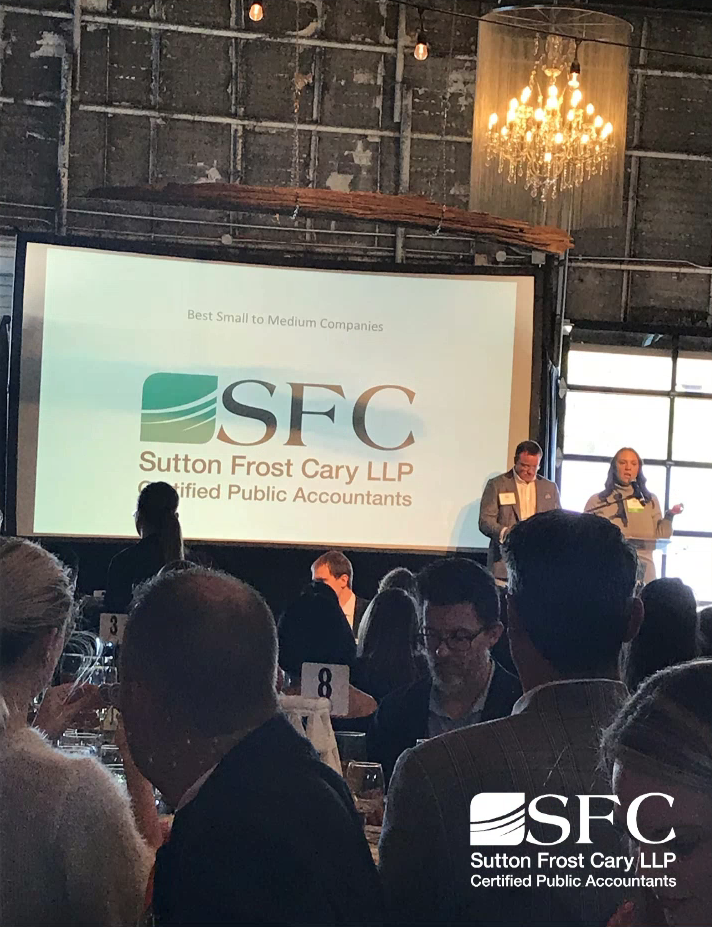 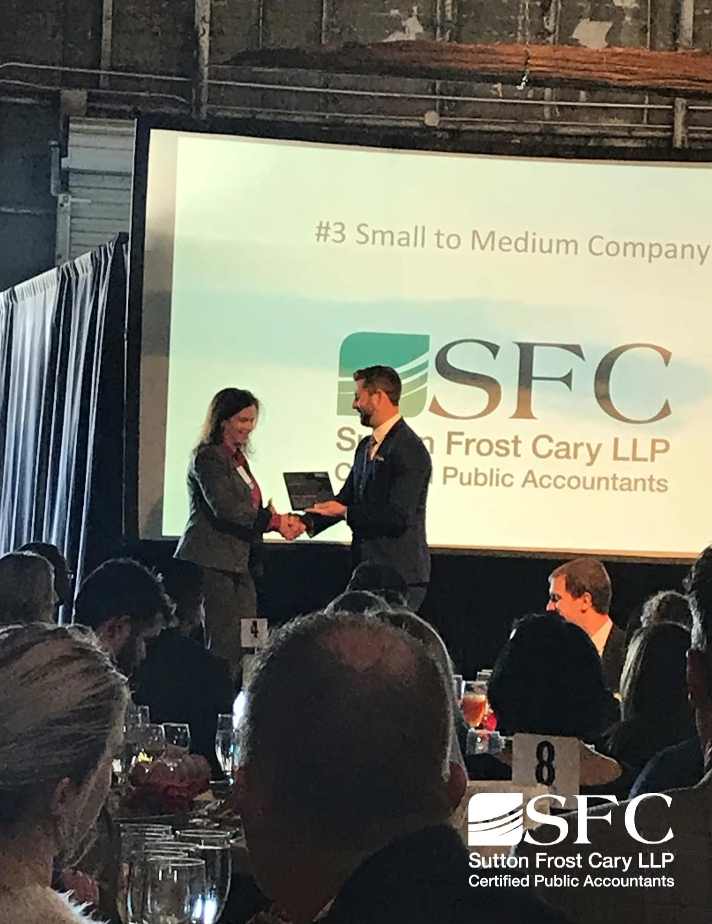 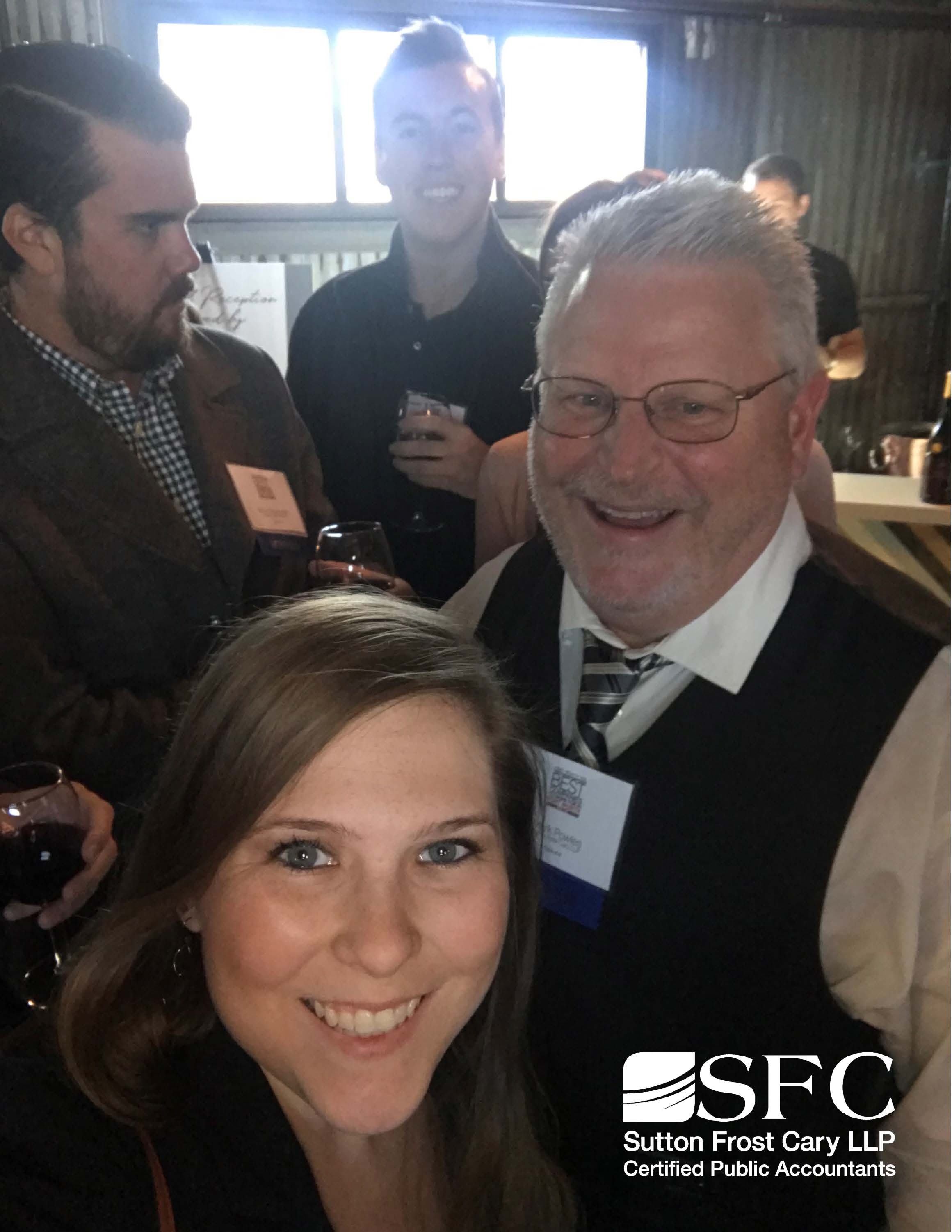 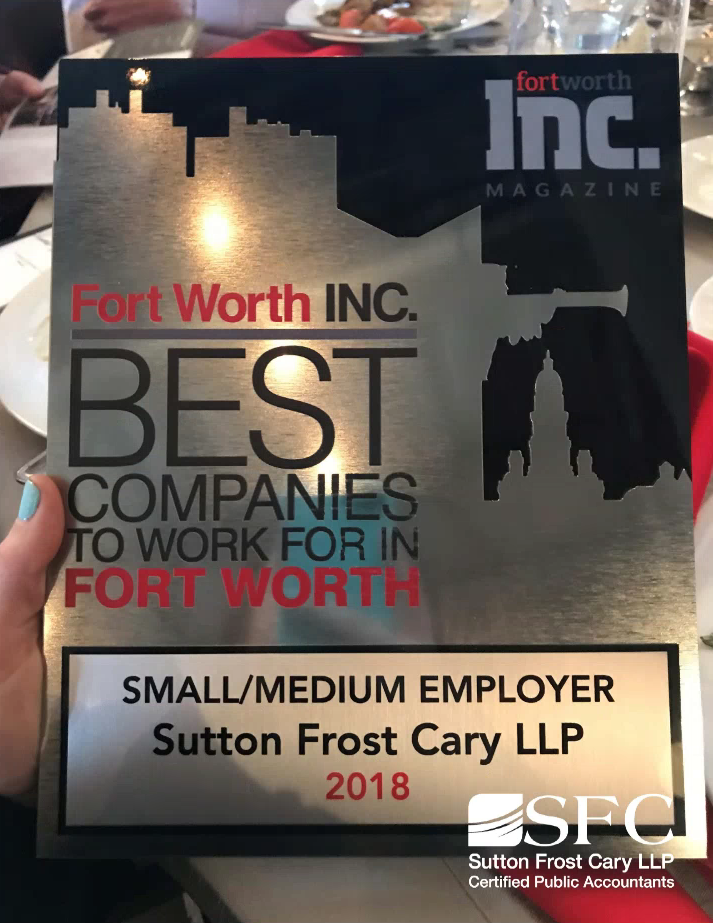